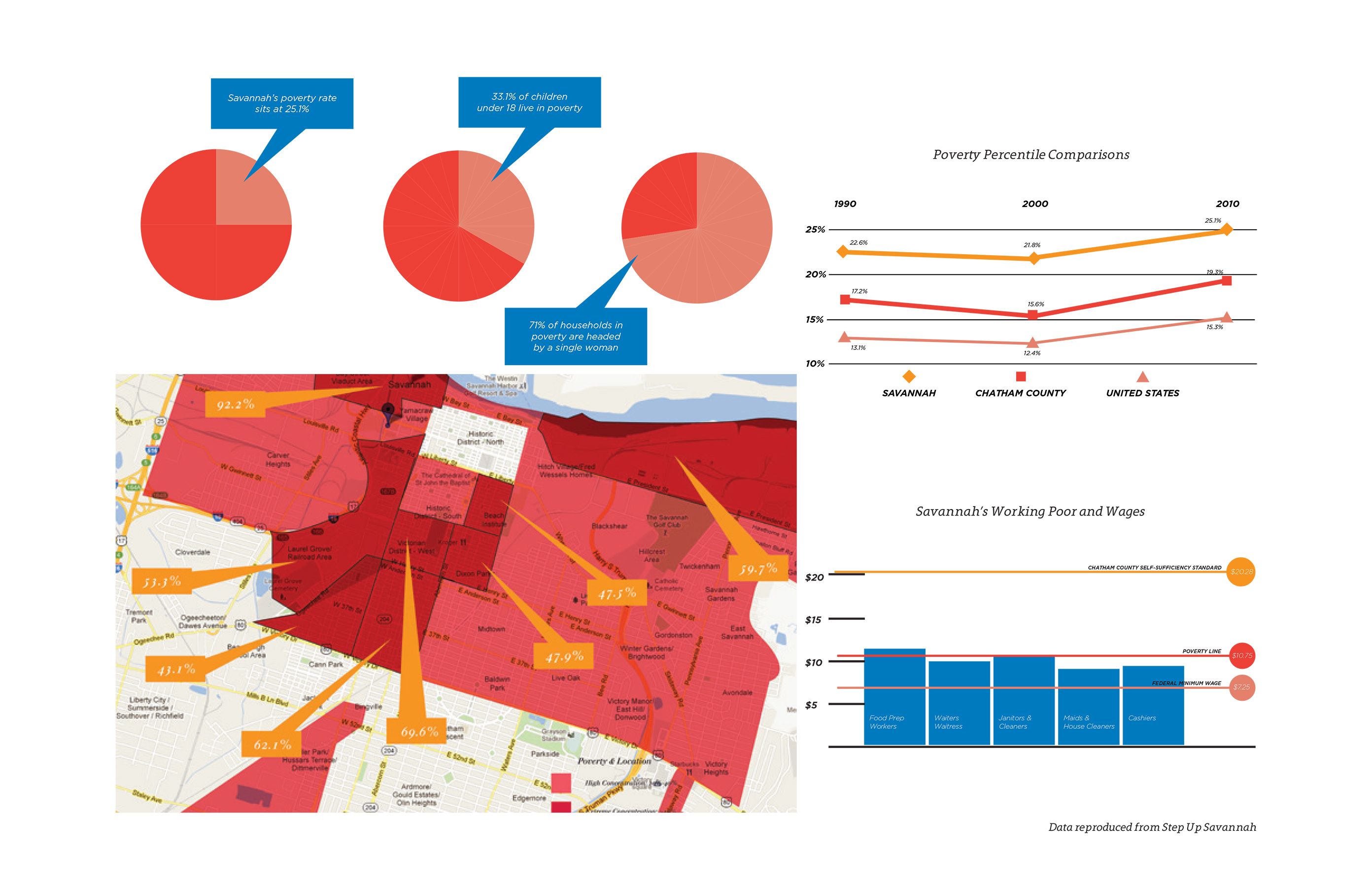 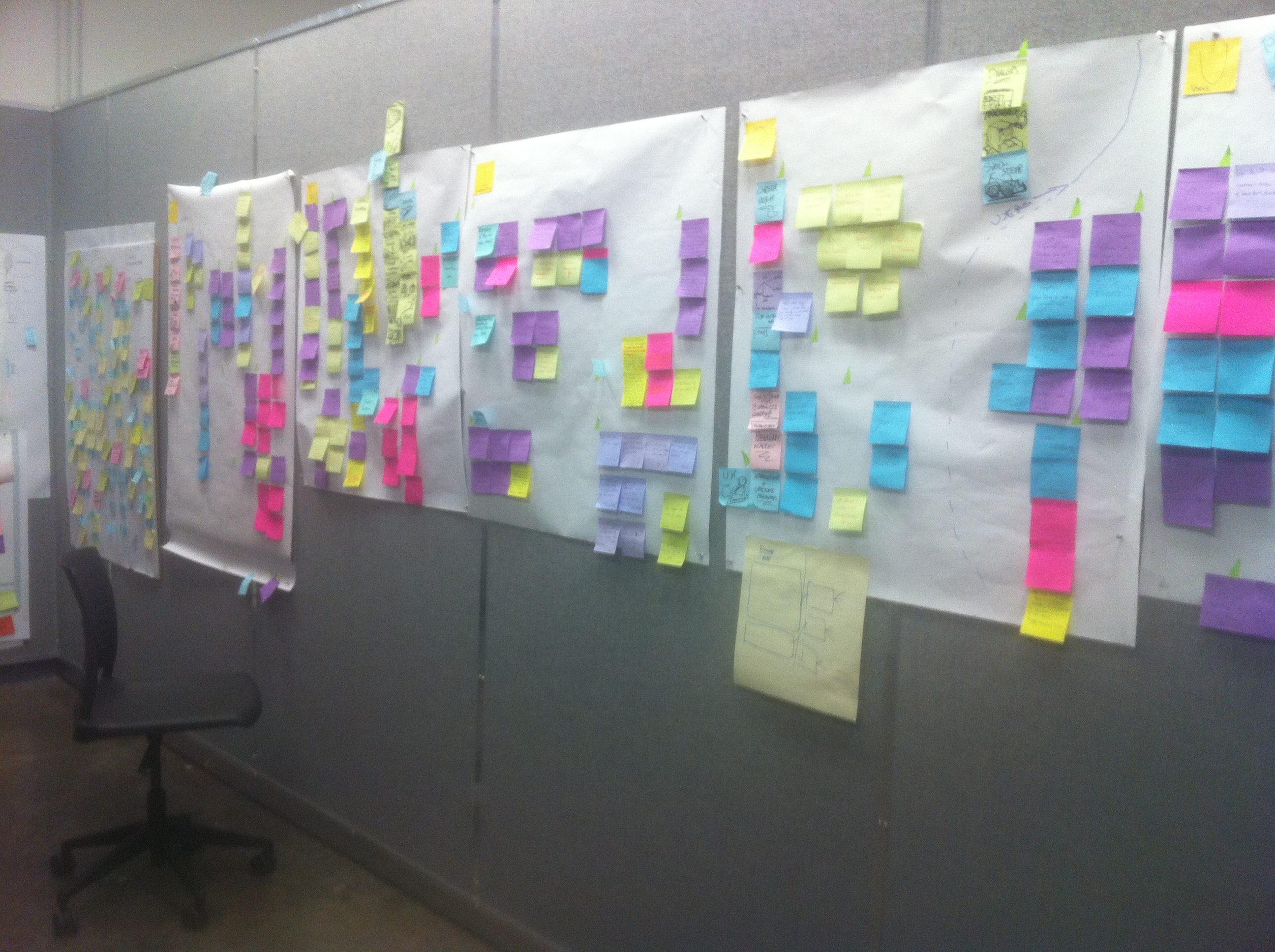 The Workforce Development case study was undertaken to better understand the relationships between workforce development and education as the two relate to poverty. This study was conducted over a ten week period between June 2012 and August 2012 with a final roundtable discussion in October at the Ethnographic Praxis in Industry Conference (EPIC).

Savannah stands at a unique juncture, it suffers from a higher than average poverty rate of 25.1% with an unemployment rate of 9.1% (as of 2012). Ironically, there is a high demand for workers within the area, but a lack of education prevents there being a solution. The results of this has lead to an inundation of the “Working Poor,” those who are employed but live below the poverty line.

As a team, our first step was to form a research protocol and plan of action. Prior to conducting primary research, it was necessary to gather as much secondary data as possible to understand and place into context the situation as a whole. Once the initial research was compiled, the team utilized a variety of different ethnographic methods to gather, analyze, and synthesize data; including: contextual interviews, shadowing, and direct participation. Other techniques included co-design and creative facilitation with community members and organizations to gather insights.

Information models were created as data was gathered; and, as new data was received it too was used, evolving the models. By affinitizing the information, each member of the team develop an independent insight report. These reports were later brought back together and those insights were affinitized again to develop an insight and opportunity map for the project. This map, along with the models, were used as discussion points during the roundtable at the conference on approaches to addressing poverty. 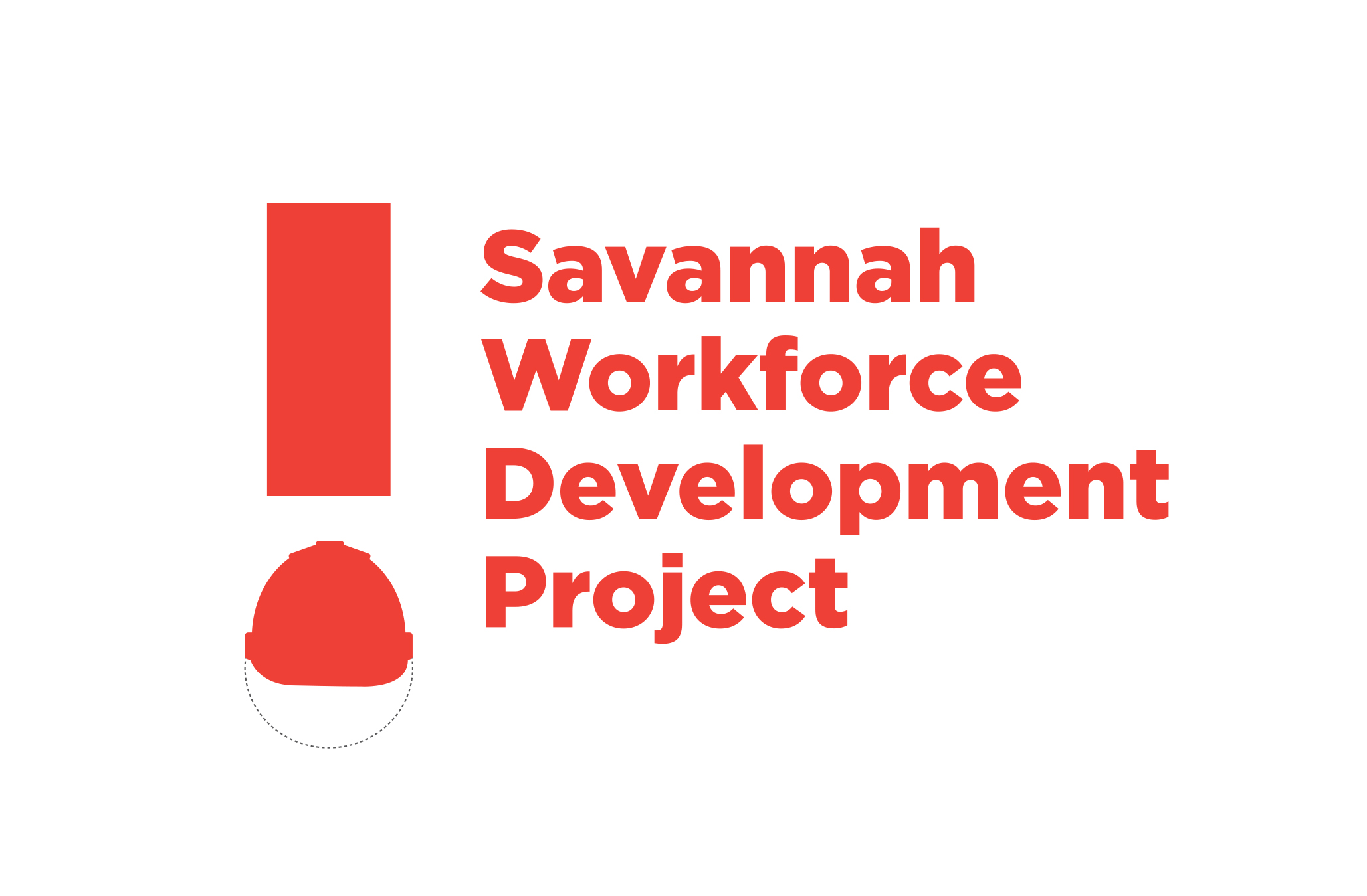 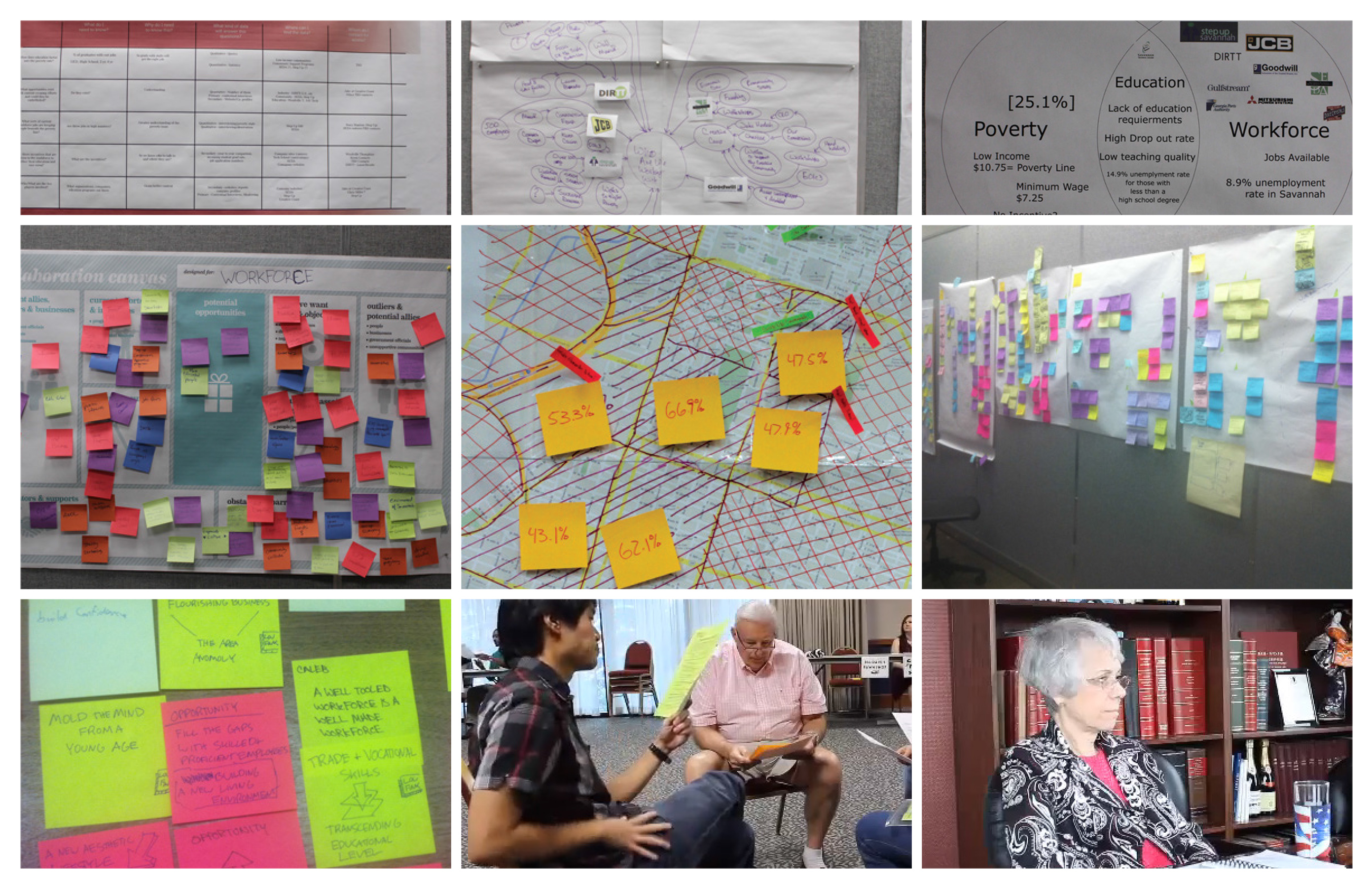 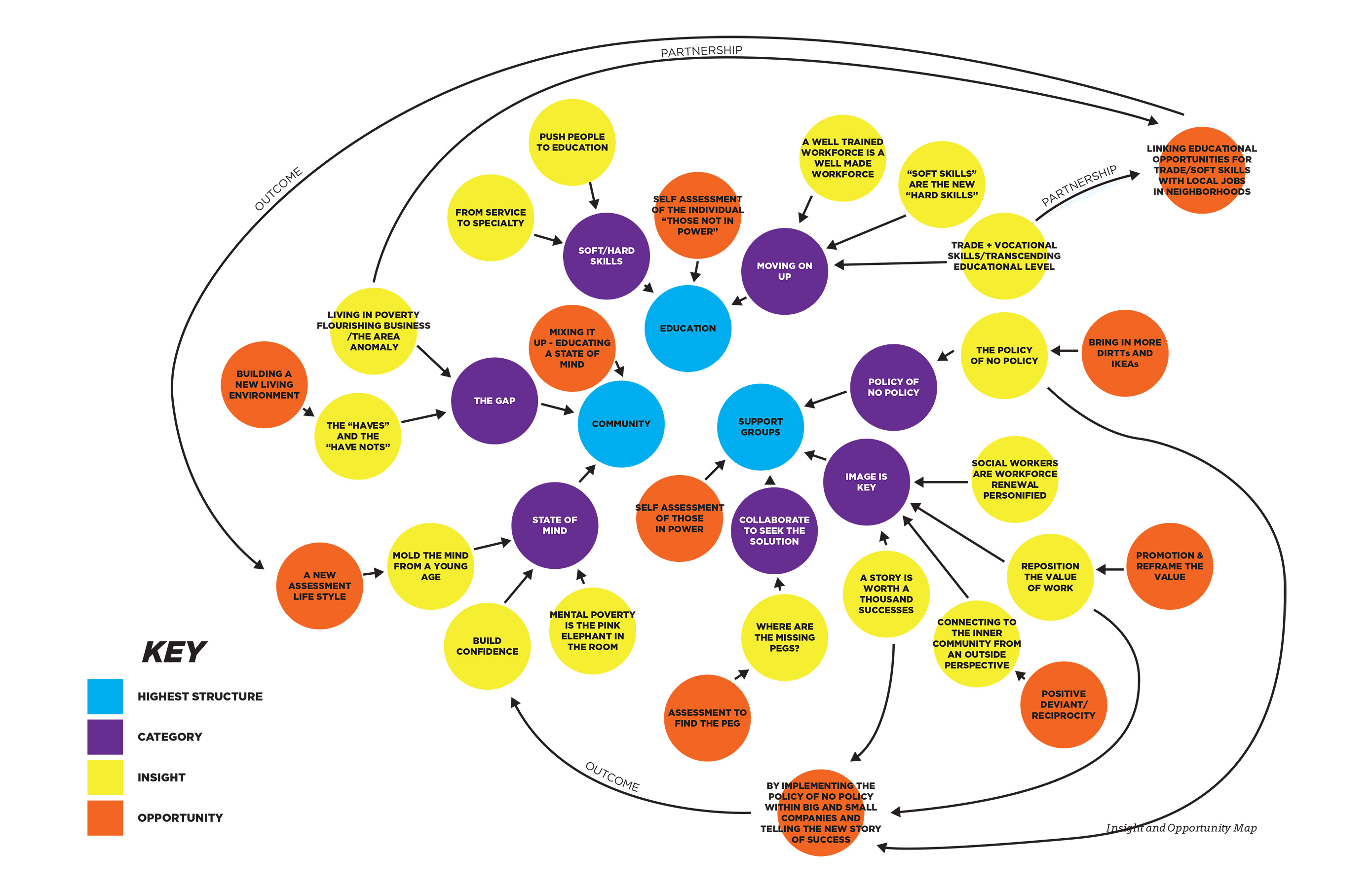 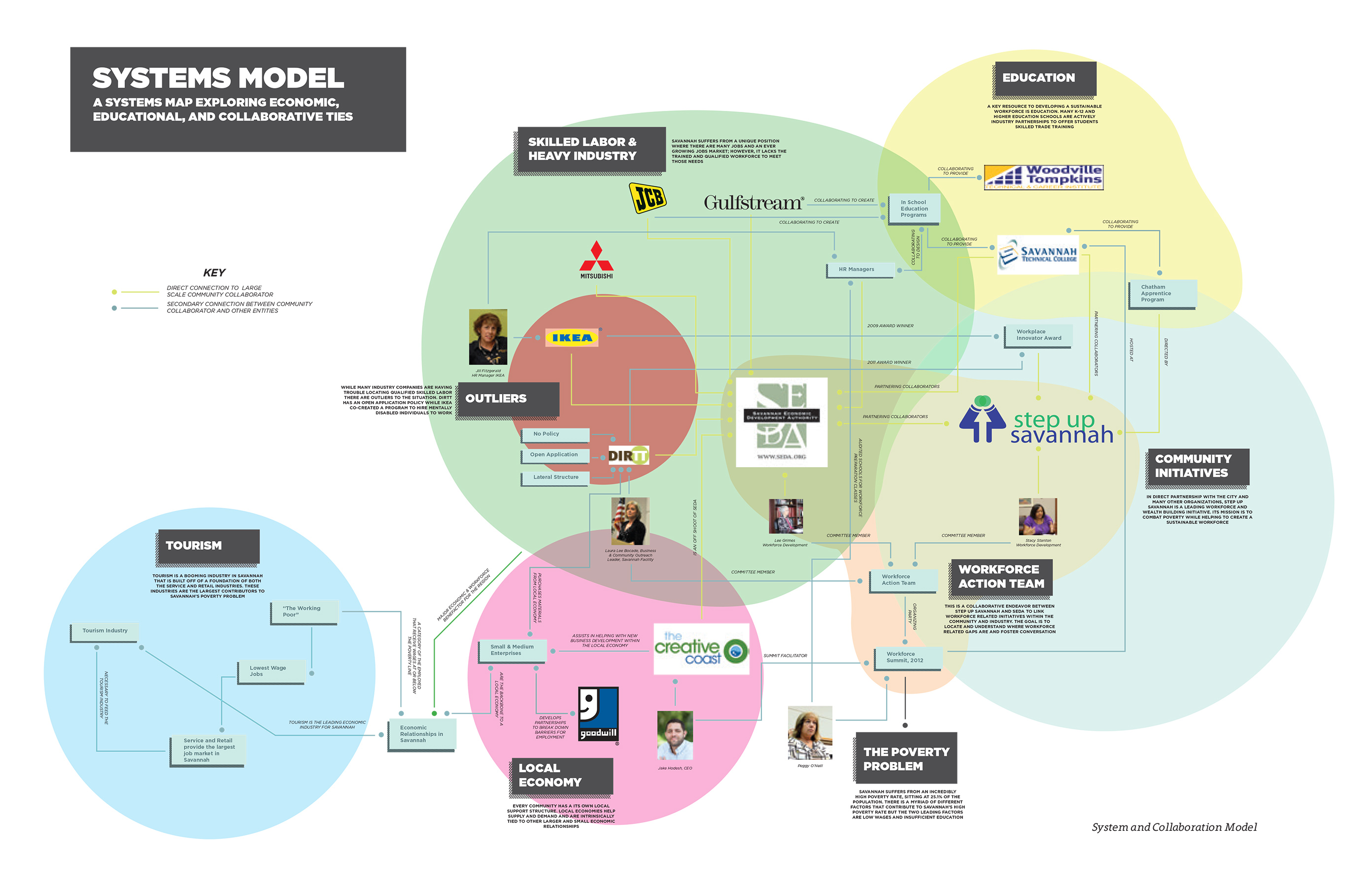